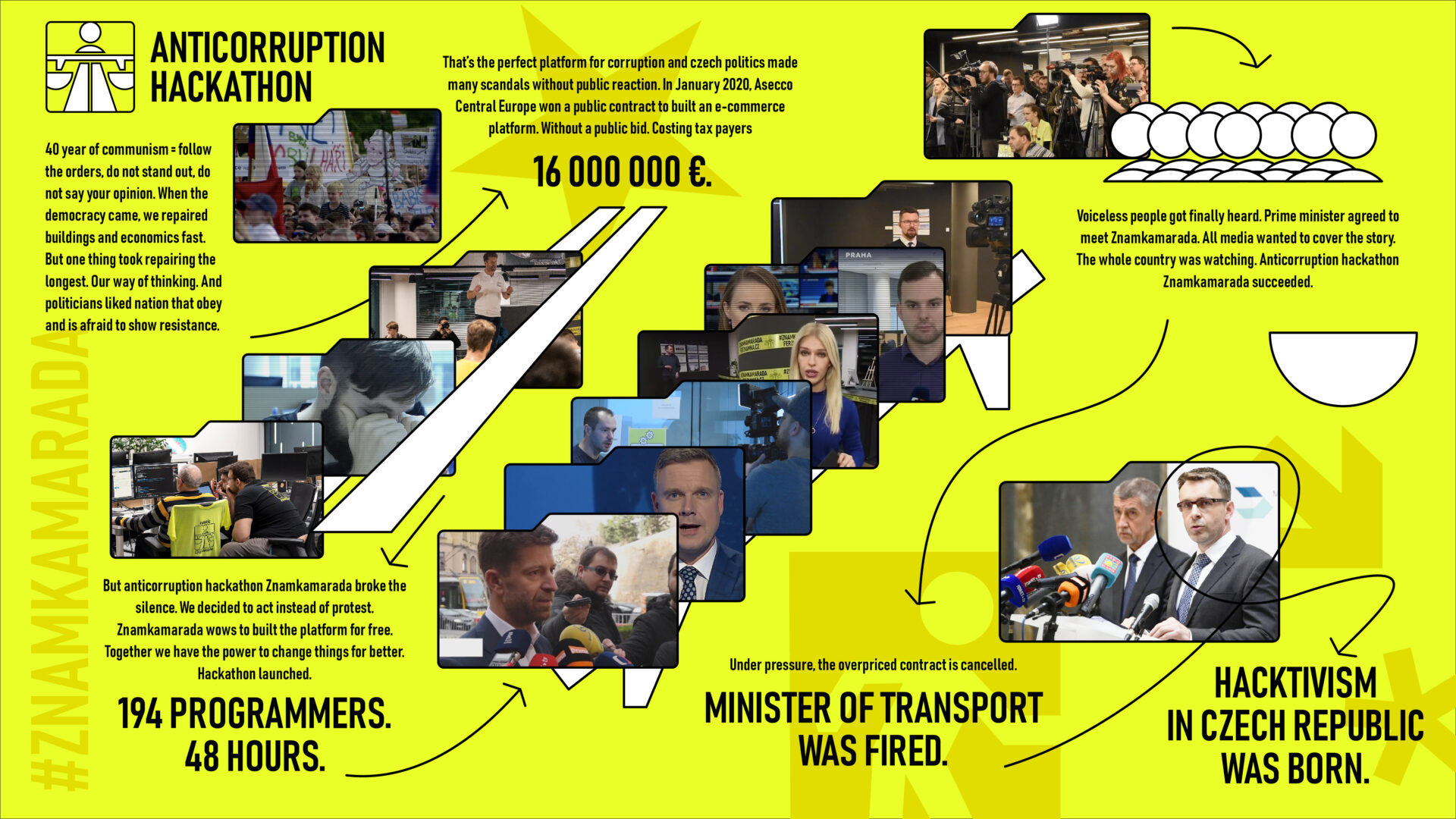 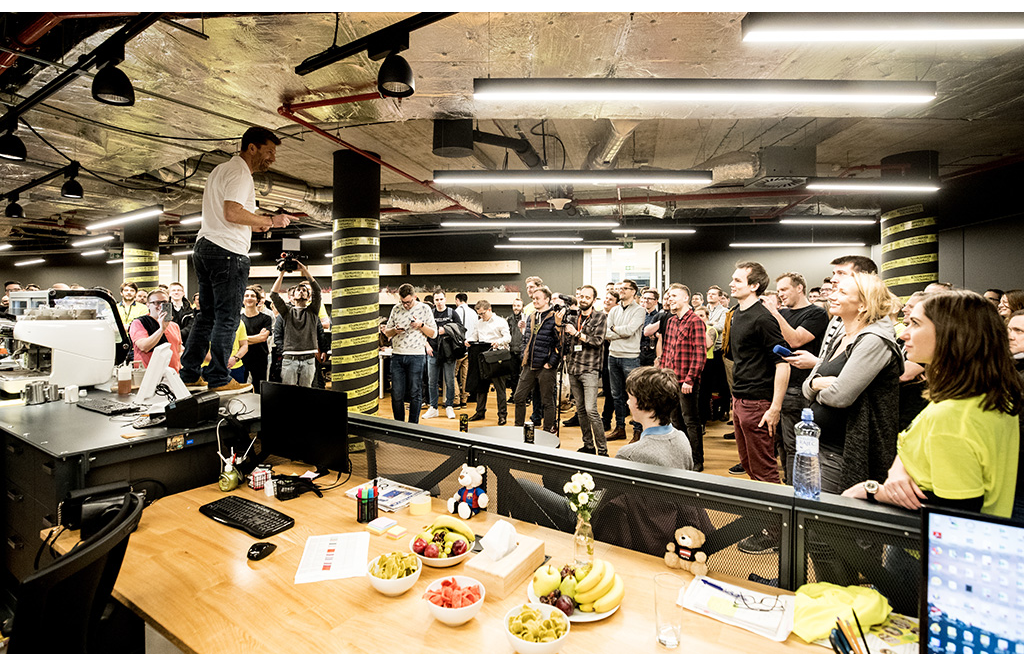 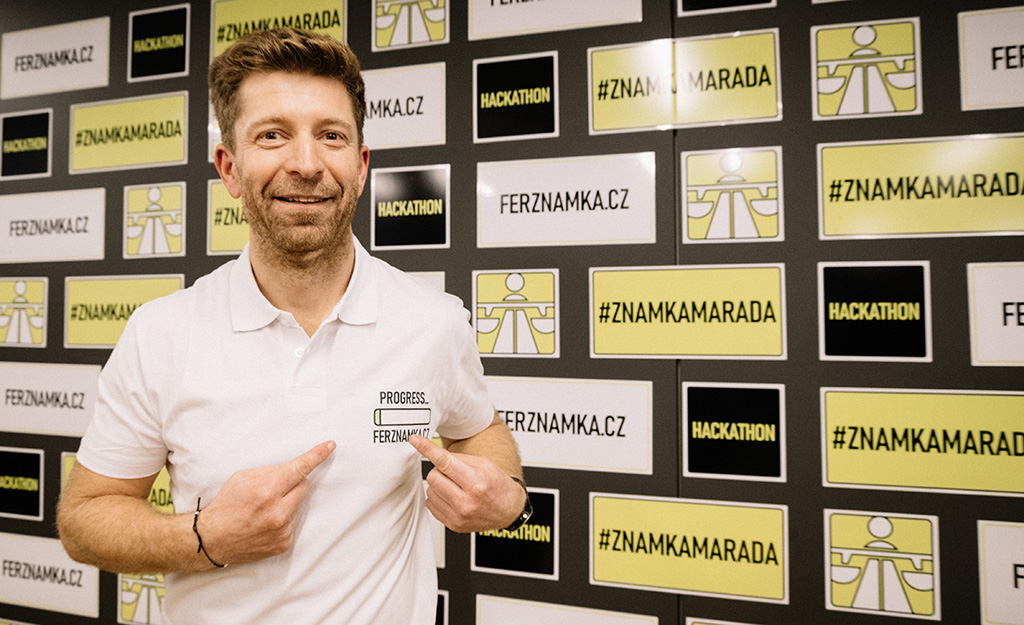 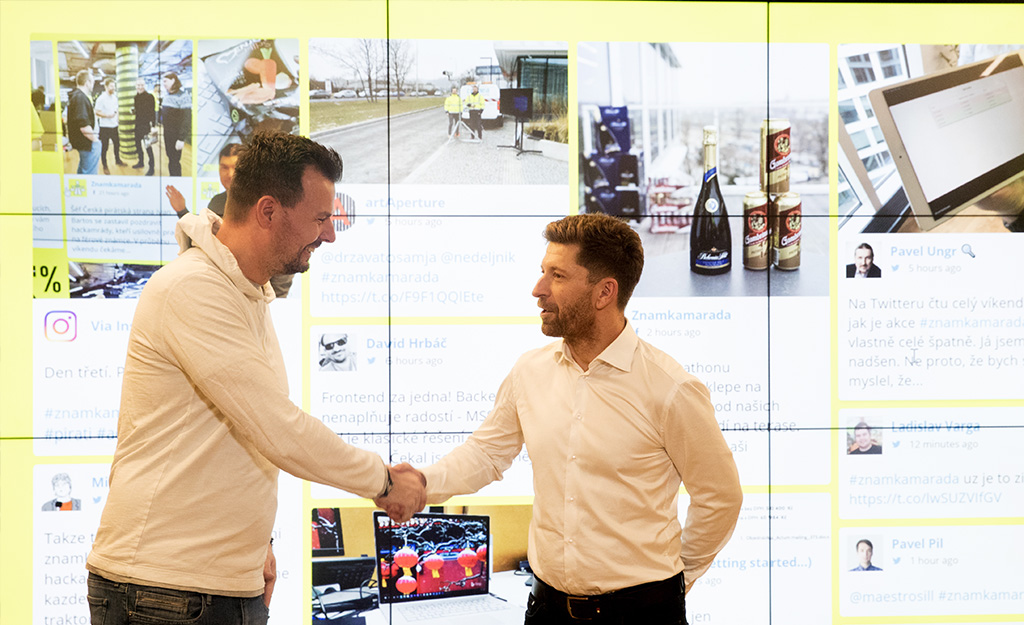 Campaign for a better world

We believe that a great campaign can change the world for the better. And that’s what happened thanks to our Hackathon and the #znamkamarada campaign. Two hundred professional volunteers came together for a good idea in a single mission to program an e-shop for the Czech Republic’s highway vignette system within 48 hours. A system that the state paid for in an overpriced order worth hundreds of millions of crowns with a sketchy background. Thus, the 48-hour Hackathon managed to do what even thousands of demonstrators couldn’t. Force politicians to make a change. It caused the Minister of Transportation to step down and the cancellation of the suspicious overpriced order, and even initiated a change to the legal regulations for state IT orders. And it gave people a lot more. The faith that even ordinary people have the power to change the world in which they live and pay taxes.

The campaign was a huge success not only here, in the Czech Republic, but also abroad. The multitude of awards is proof of that: Grand Prix EFFIE + Golden EFFIE for Social, eco and cultural marketing, ADC Czech Creative Awards in Digital and Campaign for good, silver ADC*E in Brand Experience, Silver Epica Award for Topical and Real time campaign, Bronze Cresta Award for Digital Design, 2x Bronze One Show in Creative Effeciveness and Cultural Driver.

What made Hackathon Famously Effective: a walk the talk approach, communicating what we do + Elaborate PR communication + Effective organisation over time