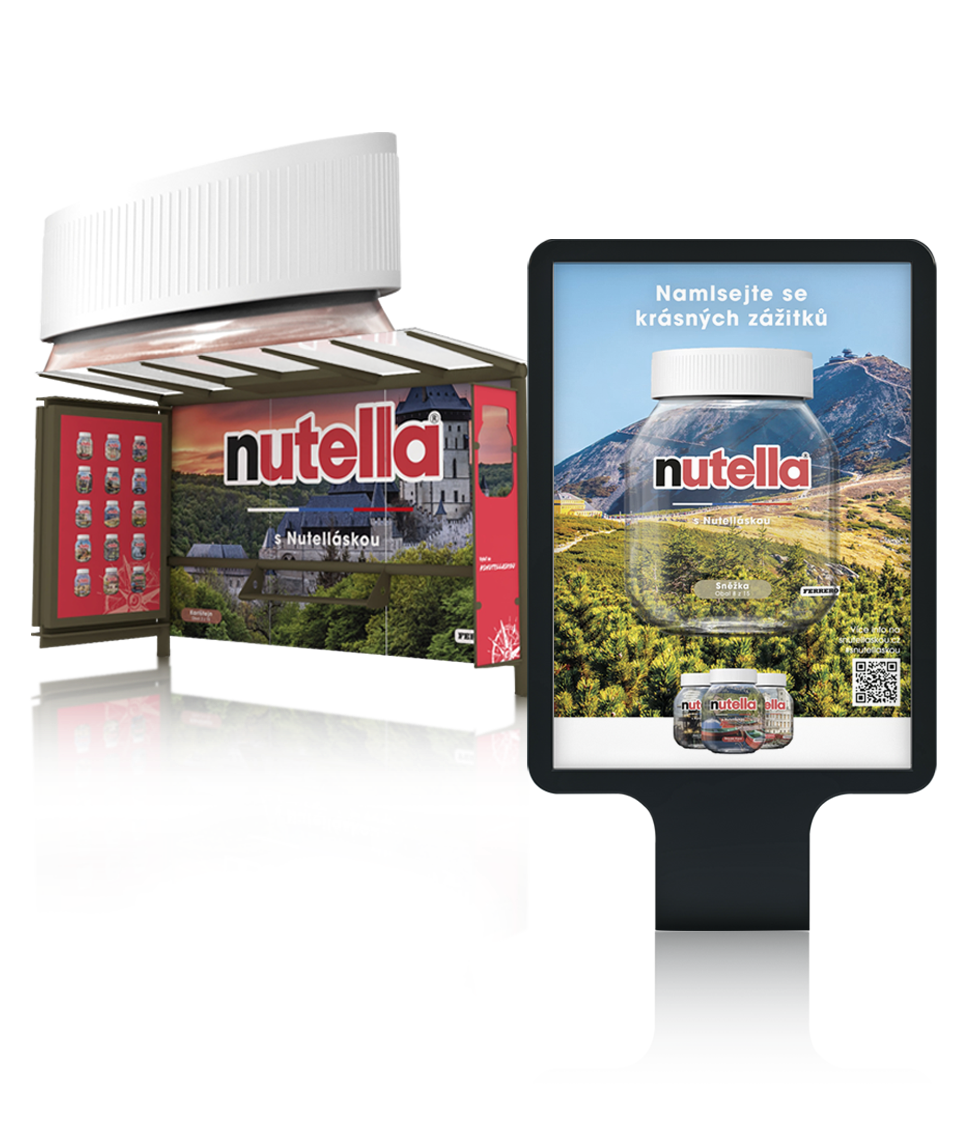 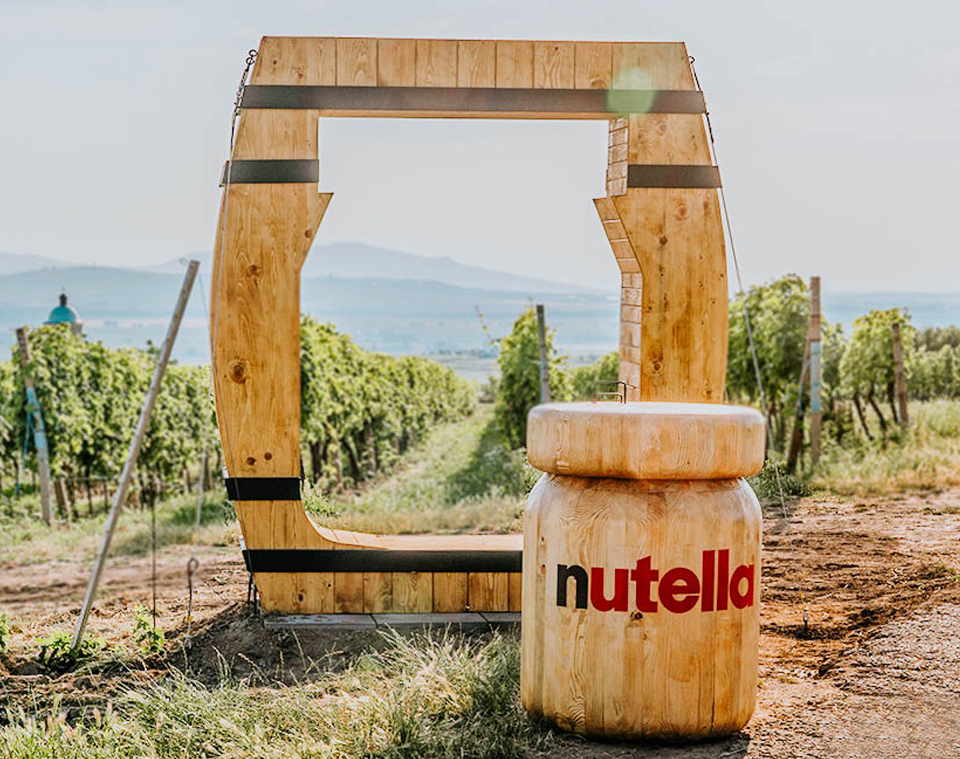 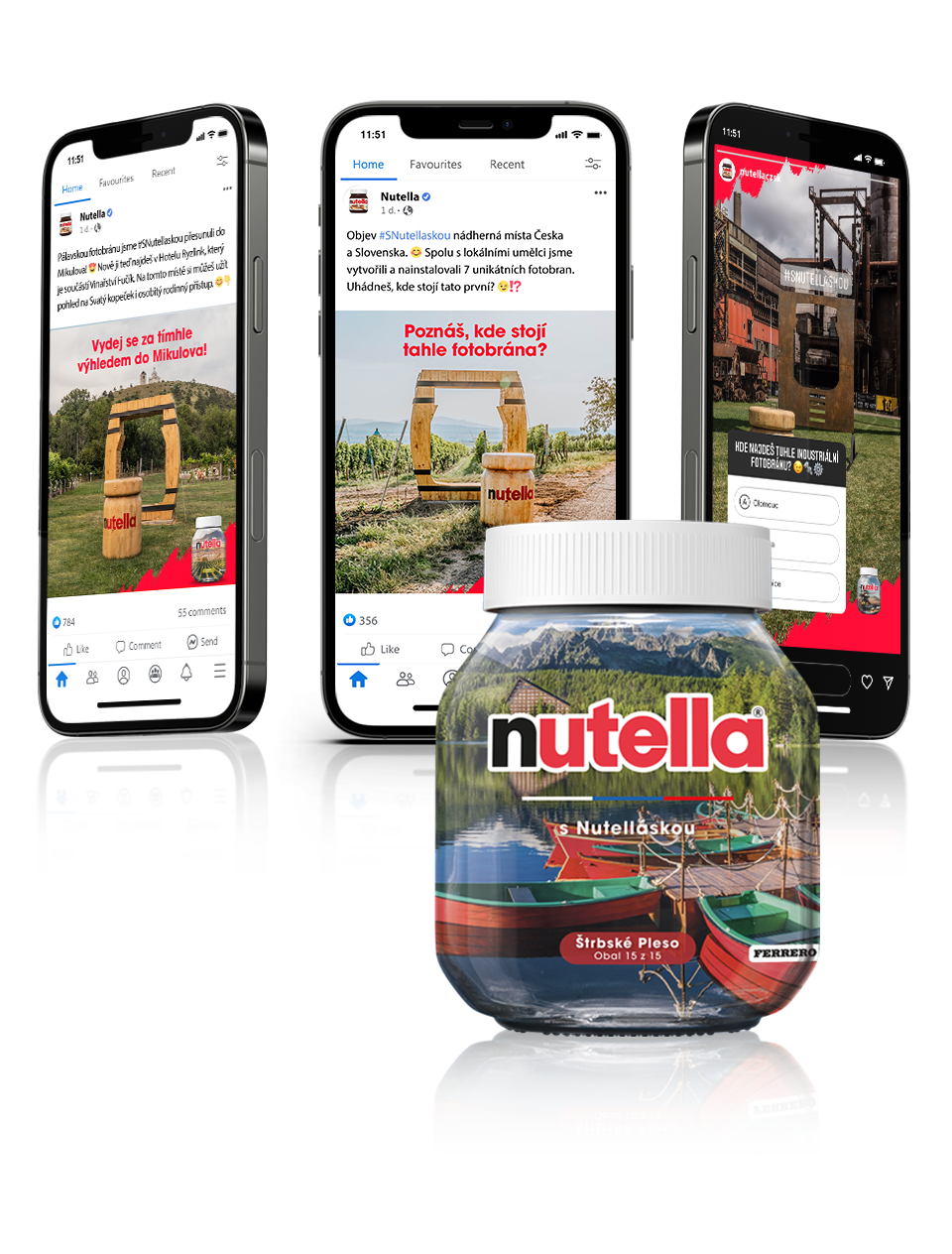 Satisfy your appetite for wonderful experiences with Nutella

Guerilla brand awareness campaign, or How Nutella supported tourism in the Czech Republic and Slovakia

We received the unique opportunity to create a nationwide brand awareness campaign for Nutella. And we took proper advantage of it. The goal of the campaign was to support the brand’s local image. We combined the global Nutella brand with the feeling of pride in the local landscape and cultural heritage. This idea gave rise to the name of the campaign, “To the Czech Republic and Slovakia with Nutella”. In seven selected locations, we installed seven unique photo-gates inspired by the surroundings and history of the given place.

In order to further support the uniqueness of each photo-gate, we entrusted their production to local artists. We placed a total of five gates in the Czech Republic – Český Krumlov, Dolní Vítkovice, Mikulov, Sněžka a Karlštejn – and two in Slovakia – Banská Štiavnica and Spišský salaš. We placed wooden stands in the shape of a Nutella jar in front of every gate and asked visitors to take photographs of themselves in the gates and upload the photographs to the website and compete for one of 1,000 limited-edition jars of Nutella.

The campaign also included a limited edition of fifteen 600g jars of Nutella. These were exceptional in that they were decorated with photographs of the greatest gems of the Czech Republic and Slovakia. We adhered to the principle of “first ACT, then DO”, and the intensity of the campaign’s communication thus had an increasing character. The gates stood from July until the end of October, while the campaign was communicated only through influences and on the social-media accounts of Nutella CZ & SK in the first two months. In the following two months, we launched a complete 360° campaign – TVC, SOME, online, POSM, OOH.

What made Nutella campaign Famously Effective:

We placed the global Nutella brand in the local context. We strenghtend the brand awareness of Nutella through the unconventional guerilla execution of photo-gates. We ensured in-house production of the campaign, including a 15-second TVC. We negotiated unique location permits in ordinarily inaccessible places. We managed to support tourist destinations during the lockdown.